Habitat for Humanity Report: Construction is Vast Source of Jobs in Emerging Markets

The construction industry — led by homebuilding — is a large, often-overlooked source of jobs in emerging market economies, according to a report released today by Habitat for Humanity to mark World Habitat Day. 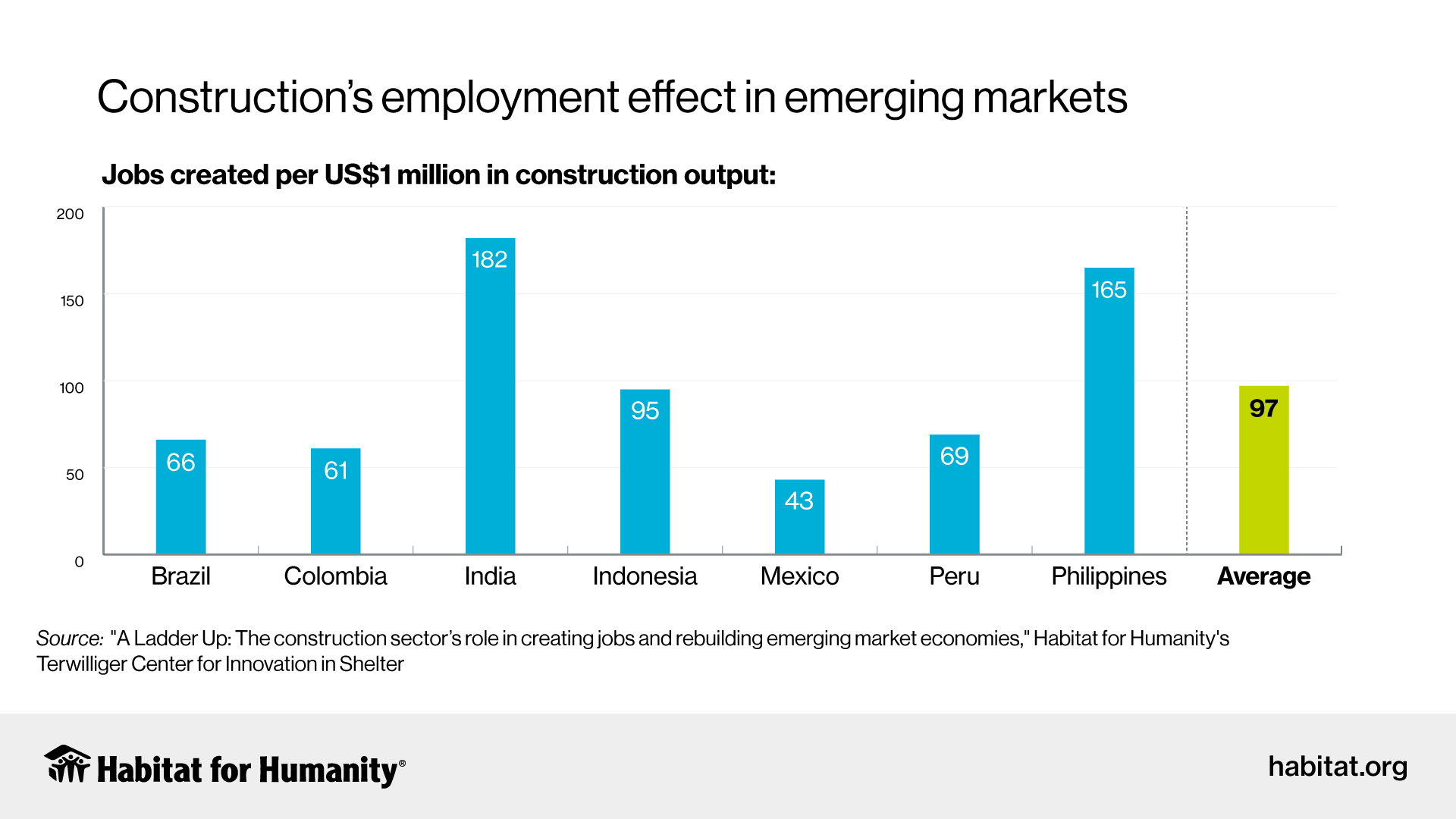 “Investment in residential construction represents a potential win-win-win in emerging markets because it creates such a large number of jobs locally, helps close stubborn gaps in affordable housing and stimulates the larger economy,” said Patrick Kelley, vice president of Habitat’s Terwilliger Center. “These findings are critically important for low- and middle-income countries deciding what areas to prioritize as they work to build back economies weakened by the COVID-19 pandemic, particularly in a world where 1.6 billion people still lack adequate shelter.”

The report, titled “A Ladder Up: The construction sector’s role in creating jobs and rebuilding emerging market economies,” also provides evidence that many of those jobs go to workers with lower levels of formal education. These are relatively well-paying jobs compared to other employment options for workers with limited educational attainment, the researchers found.

The researchers also concluded that measures to improve the working conditions and on of construction workers can help urban areas — includtheing those hit hard by the pandemic a more sustainable, equitable way.